Once, again, the annual audit program played to a full house at the offices of KPMG. The briefing on FASB and PCAOB by Mark Erkenwick of KPMG, along with two stellar panel discussions with eminent partisipants in their fields, was very well received.  First, a group of veteran audit committee chairs and members particpated in an ESPN style fast-paced discussion centering on issues at the forefront of their committee agendas on important subjects like risk oversight. The next discussion, The New Strategic CFO: Has Yours Stepped Up? featureda panel of high-profile women CFOs who discussed the meaning of a true strategic partner and what boards and audit committees should expect in terms of their evolving CFO relationships. 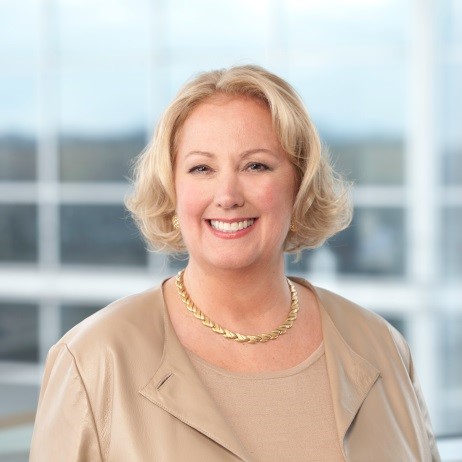 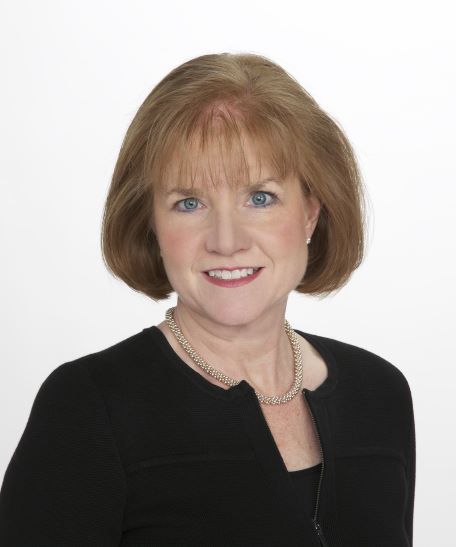 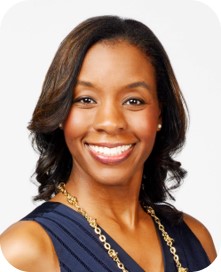 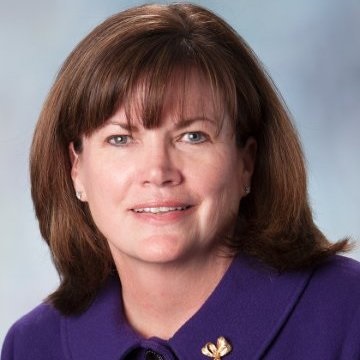 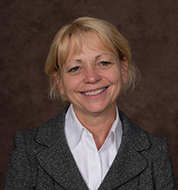 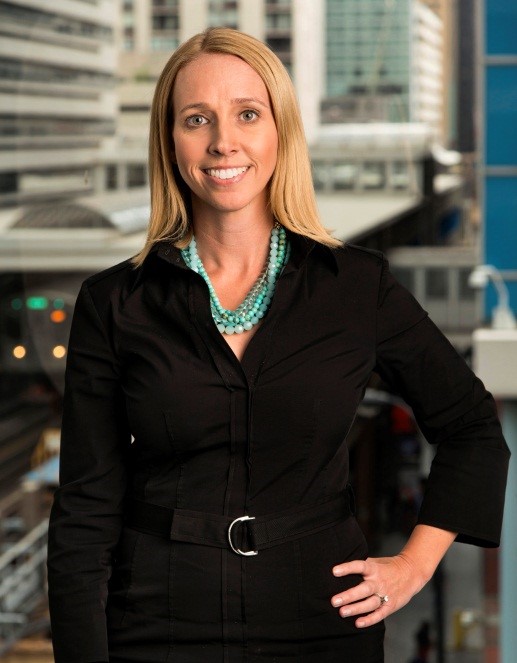 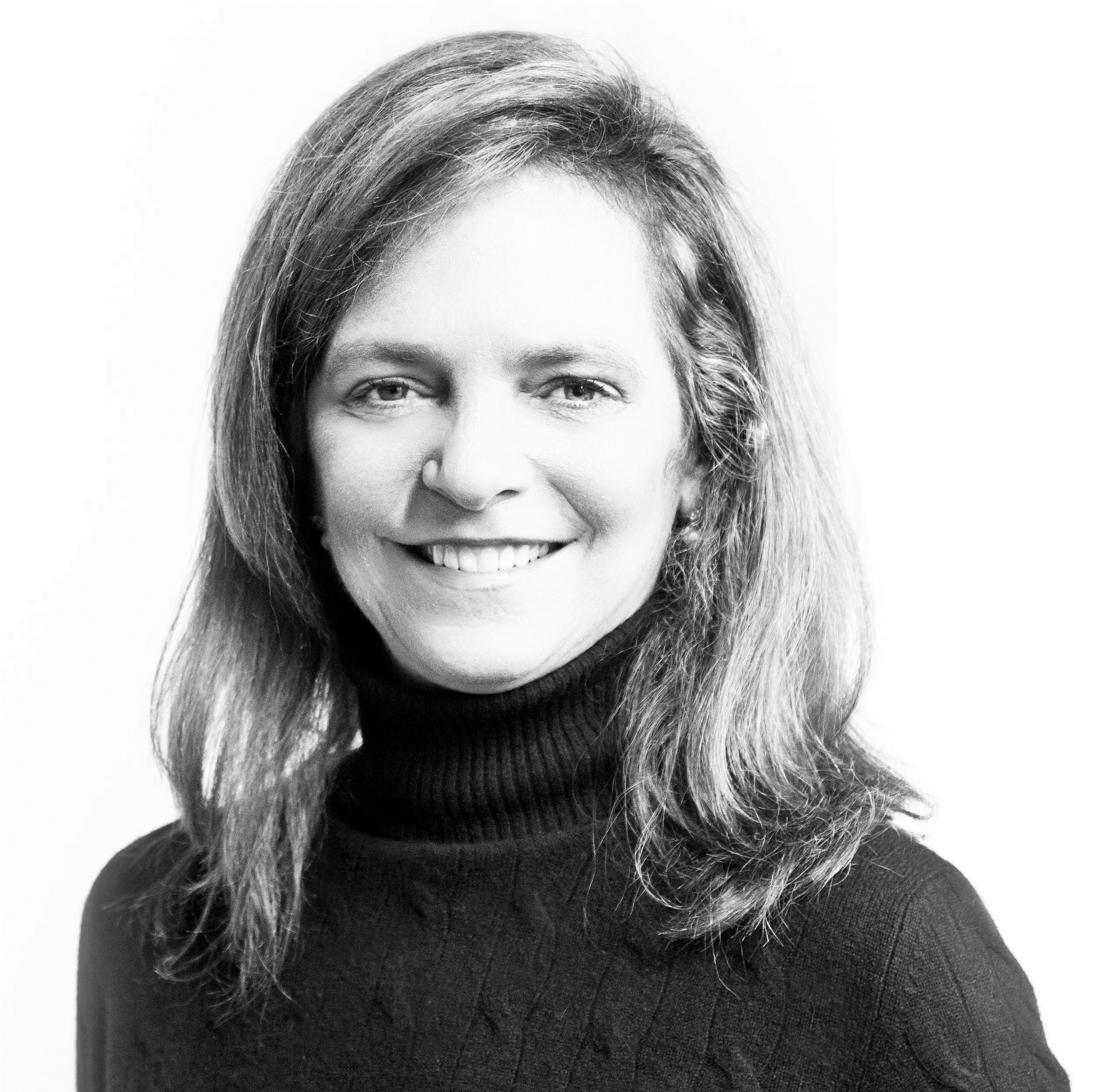 Mark Erkenswick has been a partner since 2007 and has more than 21 years of experience providing audit and accounting services to global manufacturing and distribution clients.

Cheryl was responsible for all aspects of Ingredion’s financial operations, including financial planning, treasury, tax, accounting, risk management, investor relations, insurance, corporate communication and internal audit. She also had responsibility for the global IT and procurement functions. As a member of the executive leadership team, she actively participated in the strategic direction of the Company and in acquiring numerous businesses around the globe. She became a corporate officer in1998. Cheryl is a 30+ year veteran of the company and has served in a number of positions including senior advisor to the CEO, chief financial officer, vice president finance, and corporate treasurer since the inception of Corn Products International in 1998. Cheryl joined the company when it was part of CPC International in 1980 and served in various positions in CPC’s U.S. consumer food business, North American audit group and worldwide corporate treasury group. She is a member of the board of directors of Packaging Corporation of America (PKG) and until recently Convergys (CVG). She chairs the audit committee for Packaging Corporation and Convergys. She is a member and chair of the Board of Trustees for Goldman Sachs Asset Management GSTII funds and a member of the board of trustees of Fairleigh Dickinson University, New Jersey’s largest private university. She holds a bachelor’s degree in accounting from Rutgers University and a master’s degree in business administration from Fairleigh Dickenson University. Cheryl was named CFO of the Year for Chicago large cap companies in 2012 by Financial Executive Institute. She is also the recipient of the FDU Charter Day and Pinnacle awards.

Rich began his career at Leo Burnett in 1985 working on the Hewlett-Packard account as a media buyer/planner. He then transitioned to account management, quickly rising through the ranks over the next ten years to become account director. Rich left Chicago in 1995 to join Fallon, as a member of its Minneapolis management team. During his time there, Fallon earned “Agency of the Year” honors from both Adweek and Advertising Age. In 2001, Rich joined Ford Motor Company as manager of marketing communications. While at Ford, Rich was a recipient of the prestigious American Advertising Federation "Hall of Achievement” Award, recognizing ad professionals under the age of 40 who have demonstrated outstanding career achievements. Rich returned to Chicago in 2005 as President of Leo Burnett North America and was named Leo Burnett Global President in January 2016. In 2018 Rich was named President and CEO of Inner Workings. Outside the office, Rich lends his time and talents to the boards of Hasbro, The Off the Street Club, Chicago Ideas Week and Marwen. Rich is a Dartmouth College graduate and lives in Winnetka with his wife. He has two adult daughters.

Jaimee Eddington is a Partner and member of the Global Financial Officers Practice. She specializes in senior-level assignments across Technology (Consumer and Business Services), Consumer, Healthcare and Financial Services. Additionally, Jaimee assists companies with internal executive assessments, organizational design and development. Jaimee joined Heidrick & Struggles from Robert W. Baird, where she was a Vice President in Baird’s Investment Banking Group. Jaimee was focused primarily on mergers and acquisitions and equity offerings. She advised a number of business services and branded consumer companies in various sectors. Prior to joining Baird, Jaimee was an Investment Banking Associate with Southwest Securities, where she worked on Consumer and Business Services middle market transactions. Previously Jaimee spent several years at Neiman Marcus Group Inc., where she led strategic planning for various merchant divisions. She began her career at JPMorgan Securities, helping large cap clients in their telecommunication, media and technology investment banking group. Jaimee holds a Master of Business Administration from Harvard Business School and a Bachelor of Arts in Economics from the University of Virginia.

Marie is a senior financial and operations executive with more than 30 years of experience as an executive vice president, chief financial officer, operations officer, and treasurer in both global public and private equity owned companies. Her experience is in making companies more profitable in the consumer products, manufacturing, technology, and distribution markets. Currently, Marie is the EVP/CFO at Life Fitness, Inc., a fitness equipment manufacturer. Prior to Life Fitness, Marie was the CFO of MXD Group, Inc., a national retail transportation services company owned by Platinum Equity. MXD was a carve out from DHL and moved from negative EBITDA to positive Net Income over three years and moved to the #2 company in their omni channel market segment. MXD was sold to Ryder Systems at a 14x in 2018. Marie also served as the EVP/CFO for the public company restructuring at Enesco Group, Inc. (ENC:NYSE) an international company in the retail manufacturing and distribution of figurines and plush toys. She led the team that sold Enesco, after it became EBITDA positive to a private equity firm through a sale transaction. Prior to this, she led a successful IPO, acquired more than 20 companies, installed accounting best practices in two international ERP conversions, and had P&L responsibility. Marie started her career with Exxon USA, Inc., and then moved to Wall Street as a buy-side financial analyst.

Deborah O’Connor joined True Value in May of 2015 as Senior Vice President and Chief Financial Officer. At that time the company was a large retailer-owned hardware cooperative. Earlier this year, True Value completed a transaction in which a private equity firm made an investment in the company and is now the majority owner. This strategic partnership will accelerate the transformation of the business. O’Connor has extensive wholesale and retail experience, having worked in various finance roles over the last 25 years. Most recently, O’Connor spent seven years at OfficeMax/Office Depot, where she was the senior vice president of integration playing a critical role in the merger of the two companies. Prior to that role, O’Connor held a number of finance leadership roles at OfficeMax, including interim CFO and senior vice president/chief accounting officer. Prior to joining OfficeMax, O’Connor was with ServiceMaster (a company providing lawn care, landscape maintenance, termite and pest control, home warranty, cleaning and disaster restoration services) for over 15 years, most recently as senior vice president and controller. During that tenure, she was involved in numerous large acquisitions as well as tuck-in purchases. Previous to ServiceMaster, she was with Arthur Andersen for seven years, working in the firm’s Commercial division. O’Connor graduated from Arizona State University.

Ms. Corby is the Chief Financial Officer of Byline and Byline Bank, a position she has held since July 2015. Ms. Corby joined Byline in June 2013, serving as Chief Administration Officer until July 2015. Prior to joining Byline, she was a Principal at BXM Holdings, Inc. since 2011, where she worked as part of the investor representative team to facilitate the recapitalization of Metropolitan (now Byline). In addition, Ms. Corby served on the board of Directors for QCR Holdings, Inc. (NASDAQ: QCRH) for four years. Prior to joining BXM Holdings, Ms. Corby was a Vice President in the investment banking group of Keefe, Bruyette & Woods (“KBW”), holding various positions since 2001. During her years at KBW, she focused on mergers and acquisitions, capital markets transactions, complex recapitalizations and valuation activities for U.S. financial institutions. Beginning July of 2018, Ms. Corby serves on the board of Directors for InnerWorkings (NASDAQ: INWK). Ms. Corby received an M.S. in Accounting, a B.A. in Spanish and a B.B.A. in Accounting from Southern Methodist University. Ms. Corby is a graduate of the Kellogg Executive Education, Women's Senior Leadership Program, and is a registered certified public accountant.

Christie Kelly most recently was Global Chief Financial Officer of JLL, where she held overall responsibility for maintaining the financial strength of the firm. Christie has helped steer strategies and transformational growth together with leadership teams and the Board of Directors at global companies for over two decades. She joined JLL in 2013 from Duke Realty Corporation, where she was also CFO. Prior to that she was a senior vice president with the global real estate group at Lehman Brothers. She spent over twenty years at General Electric, holding management roles of increasing responsibility in Europe, Asia and North America. She sits on the board of directors of Park Hotels and Resorts and Kite Realty Group, and previously served on the boards of the Butler Business School, Park Tudor and the National Bank of Indianapolis. She is also a Board member of the Chicago Shakespeare Theatre, World Business Chicago, and the Executives Club of Chicago. Christie earned her degree in economics from Bucknell University